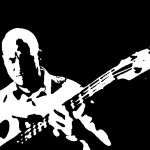 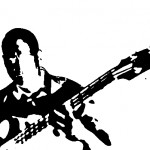 Working with contrast is a nice and quite common tool to use when playing improvised music. When I get stuck musically or feel that I’m just repeating myself without any clear direction I try to think of a musical contrast to what I’m playing and that usually gives me something new to play.
I work a lot with contrast especially when I practice improvising to be able to quickly figure out different musical options. It can be anything from switching Major to minor, rubato to in tempo, soft sounds to loud sounds and so on. But if I use contrast in the same way all the time then it soon becomes predictable. In the book Poetics of Music ³ composer Igor Stravinsky says “Contrast is everywhere. Similarity is hidden, it must be sought out, and it is found only after the most exhaustive efforts.” Any piece of music contains so much information so how and on what you decide to use the idea of contrast is individual. With Stravinsky’s words in mind the next step has been to link the music with similarity as well. Here is an example:

The first and second contrast each other as far as notes, technique and dynamics but rhythm and tempo is fairly similar so when the third improvisation comes it contrasts both. The third and fourth are similar in the sense that both are free tonally. By thinking and creating boxes like this has helped me getting out of my normal patterns and allowed me to practice improvising in a more rewarding way. It makes you take two steps back and look at the bigger musical picture and see where you have been and where you are heading.
Contrast is essential for the structure I call The Jarrett and I think that similarity is equally essential in the structure called The Indian.